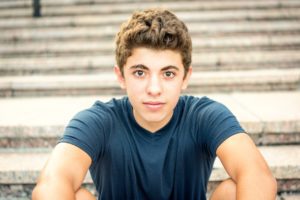 Dylan’s* mother Sarah*, turned to the juvenile justice system as a last resort when her son’s behaviors became dangerous, and she feared she could no longer keep him safe. When Dylan arrived in court, the Judge ordered an Emergency Mental Health Evaluation in order to determine his immediate needs. An ACS clinician promptly met with Dylan and his mother to evaluate the situation and to determine the best plan for his safety.

The ACS clinician realized the severity of Dylan’s mental health needs and explained the range of clinical options to Sarah. The clinician recommended that Dylan be placed in a Partial Hospitalization program (PHP). This intensive treatment setting would provide a safe environment in which Dylan’s symptoms could stabilize while still allowing him to spend nights at home. While explaining this recommendation to Dylan and his mom, the clinician became aware of several obstacles to accessing this level of care for Dylan.

Dylan’s Mass Health coverage had lapsed, rendering him ineligible for the PHP. Sarah spoke limited English and did not own a car. Arranging transportation to the hospital would be costly and scheduling appointments with her son’s treatment team meant arranging for an interpreter. The clinician tackled each of these hurdles. Together, they called Mass Health and the Department of Children and Families to reinstate Dylan’s health insurance. The clinician provided Sarah with an MBTA pass and explained how to get to the hospital via public transportation. She also called the hospital to schedule the intake interview and arranged for an interpreter to be present for Sarah when they arrived.

Sarah and Dylan, like many of the children and families we serve, face multiple challenges when accessing care and resources. The Educational and Advocacy services at ACS enable our clinicians to devote additional time to families to ensure they have the information they need to access appropriate services for their child. A few weeks after their initial meeting, the ACS clinician followed-up with Sarah and Dylan and learned that Dylan had been admitted to the PHP and was making meaningful strides in treatment.

Dylan had to overcome multiple obstacles in order to access the care he needed. His ACS clinician was with him every step of the way.