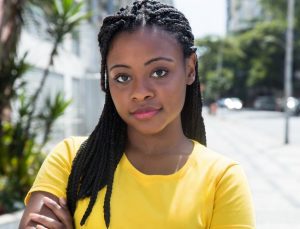 Prior to the pandemic, 14-year-old Isabelle* was earning good grades and attending school daily. While she sometimes struggled to manage her emotions at school, she was working on this issue with a counselor. But when the pandemic hit, everything changed. Like most other kids, Isabelle had to suddenly shift to remote learning, and she abruptly lost her connection to her counselor and peer group.

Isabelle’s grades began to decline. She was having trouble focusing and was unmotivated to attend her classes. She began to exhibit angry outbursts and aggression toward her mother, Caroline*. Caroline suspected that Isabelle may be experiencing depression and felt powerless to help her daughter. Out of concern for Isabelle’s wellbeing, she turned to the juvenile court system as a last resort.

Isabelle’s probation officer believed that Isabelle needed mental health treatment and referred her to ACS. Isabelle and Caroline met with an ACS clinician right away to discuss treatment options.

The ACS clinician believed that Isabelle would benefit from both individual and group treatment. In individual treatment, Isabelle would be able to talk through personal concerns and emotional struggles. In group sessions, she would have the opportunity to learn healthy coping skills and build social connections with her peers. Both interventions would reduce her isolation, set her on a positive path, and help her to realize that she is not alone.

Isabelle enrolled in ACS’s treatment program, and participated in individual and group treatment remotely. Although Isabelle expressed reservations about joining the group, she made meaningful contributions and became an active participant. Isabelle’s clinician recently met with Caroline to check in on how things were going. Caroline shared that she has noticed an improvement in Isabelle’s behavior at home and that she has become more engaged in school, as well.

Both interventions [individual and group treatment] would reduce her isolation, set her on a positive path, and help her to realize that she is not alone.