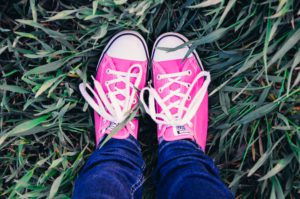 Jessie* juggles the multiple roles that define her: teenager, adopted from a foreign country, child of divorce, and transgender.

Her life began in a Romanian hospital. Jessie was later placed in an orphanage. By the time she was adopted by an American couple, she had suffered serious emotional and physical neglect, the effects of which have stayed with her. Jessie is very small for her age. It is also difficult for her to develop meaningful attachments to others.

After joining her new family, the impact of Jessie’s early life experiences began to show. She began to act out at home and in school. These behaviors put a strain on her relationship with her mother, Amy*. While a certain degree of turbulence often accompanies adolescence, Jessie was struggling to make sense of her past while also trying to come to terms with her gender identity. She had no idea how to explain this struggle to Amy or how to cope with everything on her own. She started to spend her time with older kids and began to smoke marijuana heavily.

Because Amy worried she could no longer keep Jessie safe, she filed a Child Requiring Assistance (CRA) application. Jessie and Amy met with an ACS clinician who conducted in-depth interviews, both individually and together. The clinician came to better understand Jessie’s present needs. Rather than diagnosing her with a list of conditions and disorders, the clinician considered Jessie in the context of her life experience and what required immediate attention. As it turned out, Jessie was pretty “tired of” talking about being adopted and how her parents’ divorce had affected her. What she really wanted support and guidance around was how to be true to her identity as a girl.

Along with the regular strains on parent-child relationships during adolescence, Amy was facing the reality that she was losing her son and gaining a daughter. The clinician helped her process these feelings. She also educated her about some of the risks associated with being transgender, including bullying, higher rates of suicide, and mental health issues. The ACS clinician linked Jessie and Amy to separate support groups geared toward both of their needs.

Jessie is still involved with the court, but as subsequent court dates approach, she and Amy have reason to be hopeful. While Jessie still seeks out older peers and continues to use marijuana, her relationship with Amy is slowly improving. The support groups recommended by the ACS clinician have helped. Today, Jessie is happy and energetic. She feels accepted and supported by other kids in the transgender youth support group and her new therapist is a great fit for her. Her ACS clinician continues to check in and offer continued support to Jessie and Amy. Jessie is getting the support she needs to begin to build her self-confidence, make healthy choices, and work toward a positive future.

* To protect confidentiality, ACS does not use the names, photos, or identifying features of our clients.

Jessie is getting the support she needs to begin to build her self-confidence.